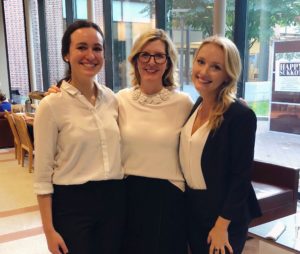 Kathy Ruemmler showed up to her first day of law school without ever having met a lawyer. Georgetown University Law Center was a far cry from the small, rural town in Washington State she called home, but she quickly learned how to overcome the challenges presented by law school and the legal profession. Within two years, she became the Editor-in-Chief of the Georgetown Law Journal, and by the time she was 40-years-old, she was the top lawyer in the White House.

How did she do it? I still remember asking myself this question when I was a college freshman with my eyes set on law school. I, too, grew up in a small town and at that point in my life I knew few lawyers. But, I had a strong policy interest and aspired to be an influential government lawyer one day. As I entered my freshman year of college in 2013, Kathy entered her last year as White House Counsel. I remember the moment that year when I realized that Kathy, a young, female lawyer, was the White House Counsel—a position that, like nearly every other top government position, had been traditionally filled by much older, white men. Kathy broke the mold, and she made me feel like my aspirations were attainable.

On September 21, 2018, I had the opportunity to share with Kathy what her achievements meant to me. Kathy had kindly agreed to be the keynote speaker at an event to celebrate the University of Pennsylvania Journal of Law & Public Affairs’ (JLPA) arrival to Penn Law. This past March, JLPA was recognized as an official law school journal and I became the Volume 4 Editor-in-Chief. In this role, I had discussed ideas for keynote speakers with Professor Cary Coglianese, JLPA’s faculty advisor, and Kathy immediately came to my mind. I was thrilled when Kathy not only accepted our invitation, but also told JLPA’s Managing Editor, Mary Lester, and me that she would be able to meet with us before the event.

I did, however, wonder if it would be difficult to relate to someone with a laundry list of achievements as long as Kathy’s. Before Kathy served as President Obama’s White House Counsel, she was the Principal Associate Deputy Attorney General at the Department of Justice. Currently, she is Global Co-Chair of the White Collar Defense & Investigations Practice and a partner in the Litigation & Trial Department at Latham & Watkins LLP. Even with these accomplishments, Kathy’s humility and charisma shined from the moment we sat down.

After sharing my story with Kathy, she shared what it was like to be a woman in a powerful legal position. She noted early in our discussion that she was not a traditional pick for White House Counsel. She had not worked on President Obama’s campaign, she was not friends with President Obama before her appointment, and she did not look like most of her predecessors. The fact that she had been appointed to White House Counsel indicates that there has been progress for women. But, she made clear in our discussion that even in the highest positions, women still face obstacles.

At our event later that evening, Kathy also shared what it was like being the youngest Assistant U.S. Attorney and the only woman on the task force prosecuting Enron executives. In one instance, one of Kathy’s male colleagues asked her to retrieve sandwiches for the team during an essential point in trial preparation. Let’s just say that he never asked Kathy to sit out again. Kathy told all of the young women in the crowded room of law students, that the combination of being young and being a woman has caused others to doubt her capabilities, but that their underestimation has been her greatest strength—and that it will be ours too.

Kathy then provided simple advice to all young people wondering how to reach their goals: “don’t be a jerk.” Kathy attributed her success to working hard, doing good work, and being a good person. She stressed that although there are a few outliers, nice people still finish first because everyone wants to work with those who are nice to be around.

After spending the evening with Kathy, her advice certainly rings true. Kathy was exactly the ambitious, intelligent, and witty woman that I imagined she would be when she first inspired me back in college. It was a privilege to meet Kathy, and truly a splendid evening. 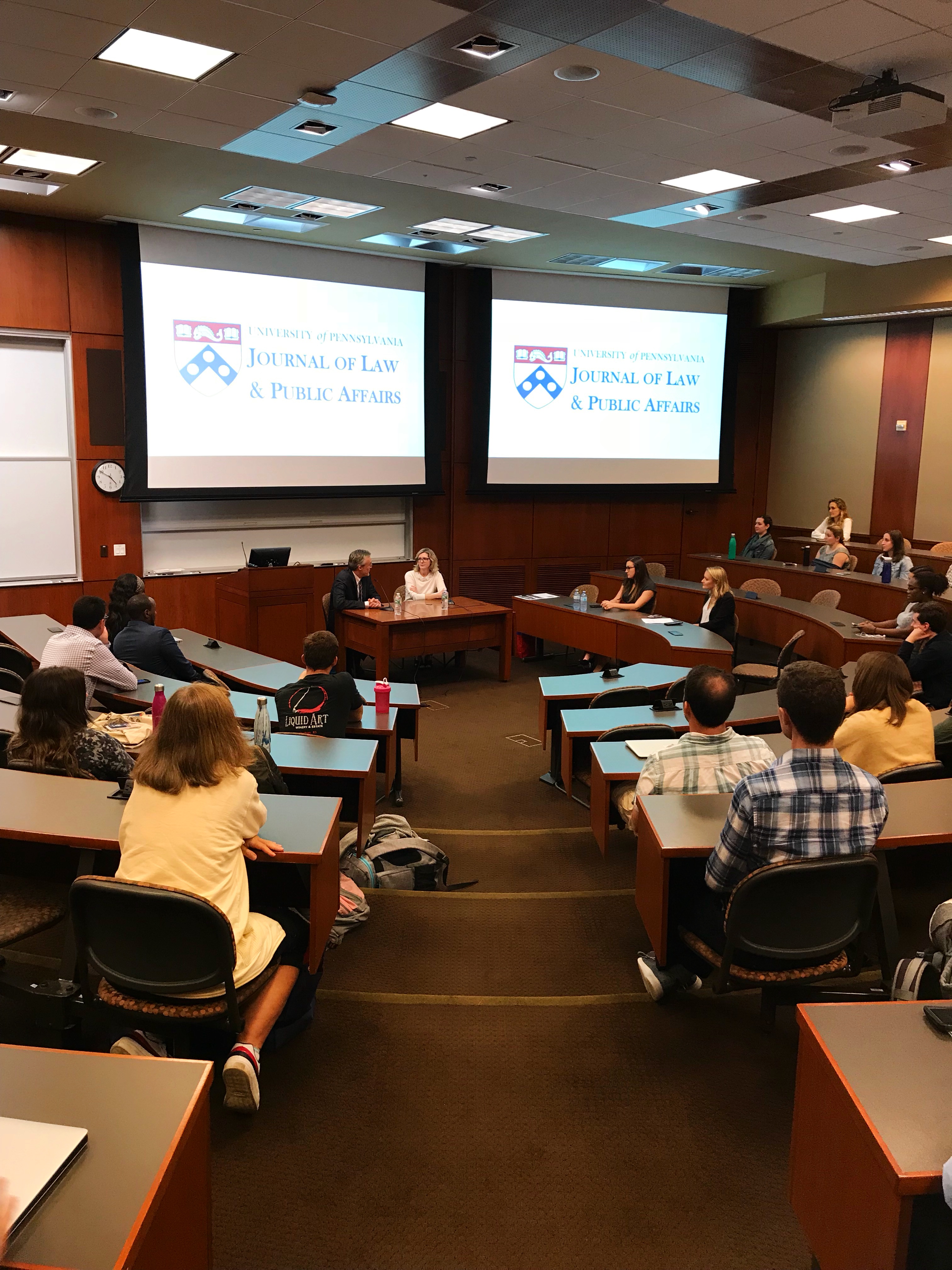 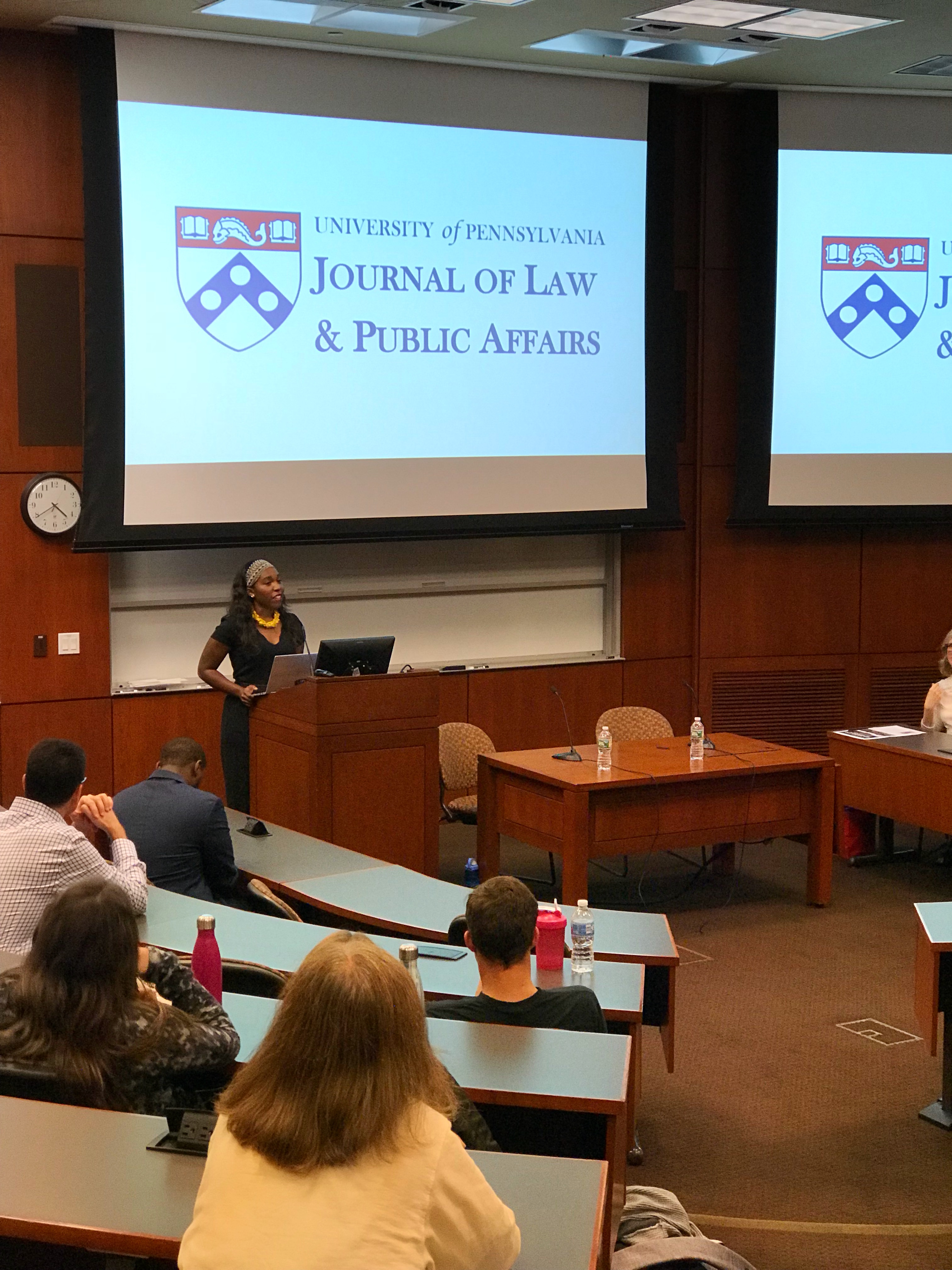 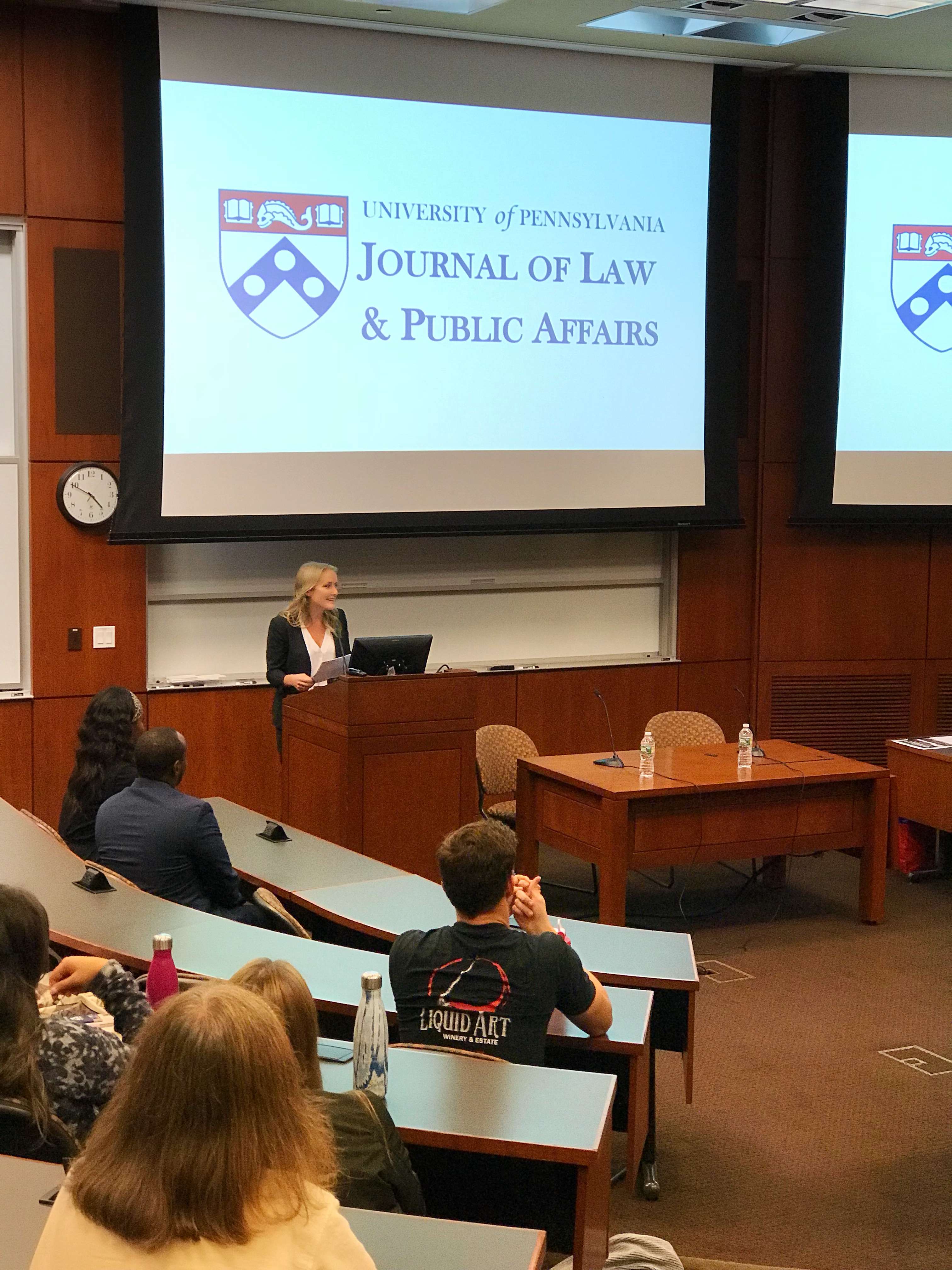 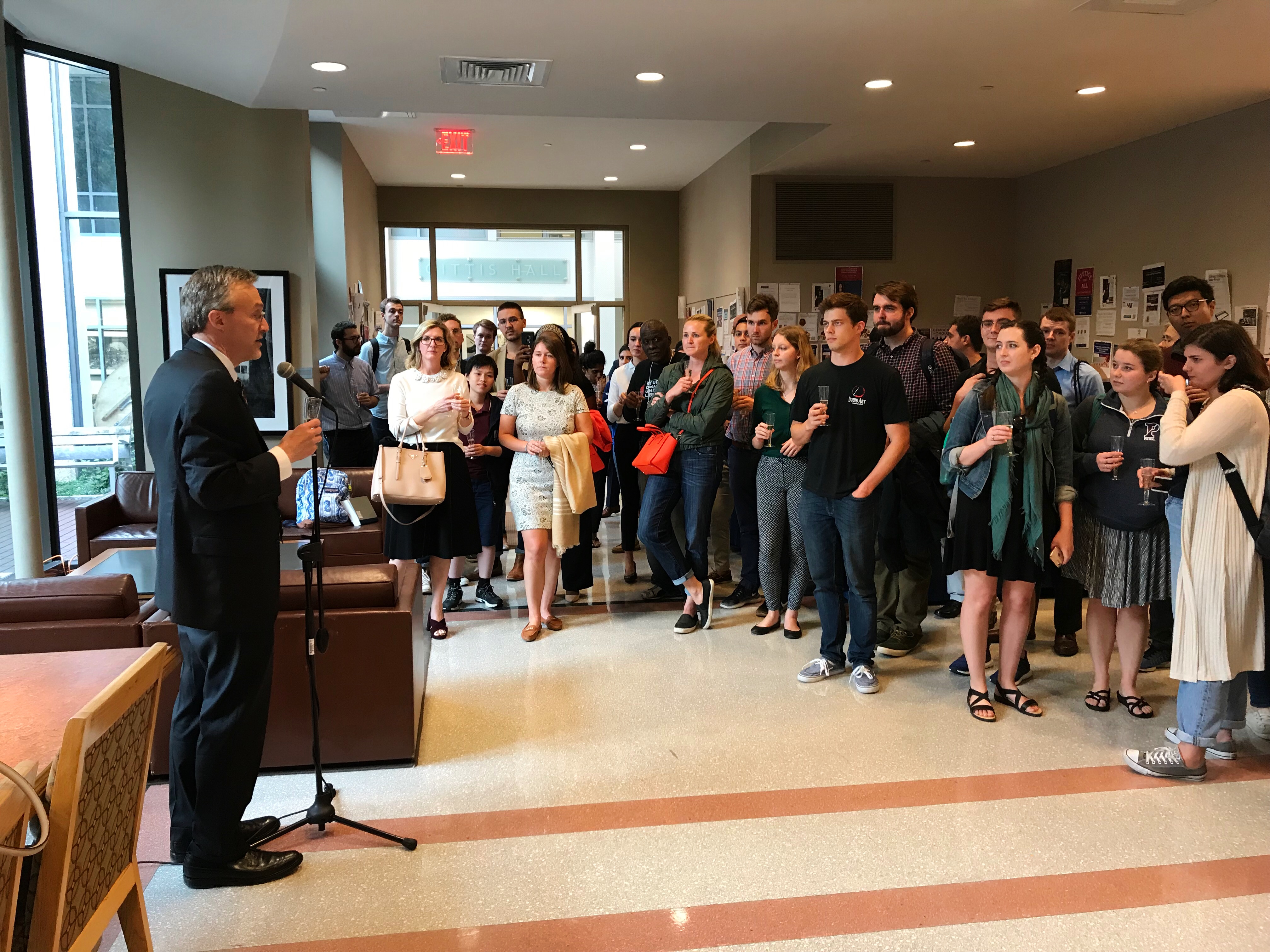 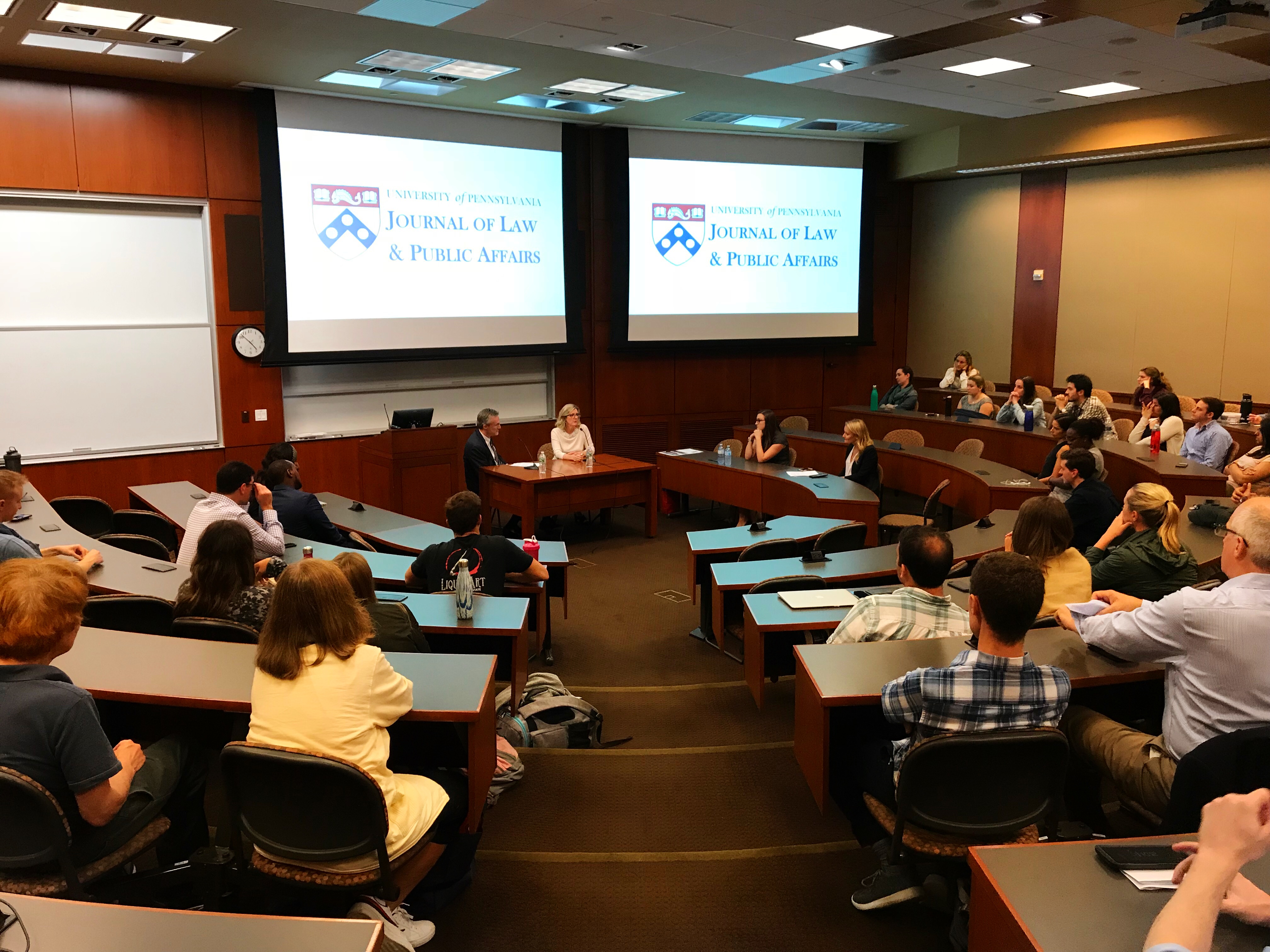