Public Policy’s Influence on International Relations in the United States 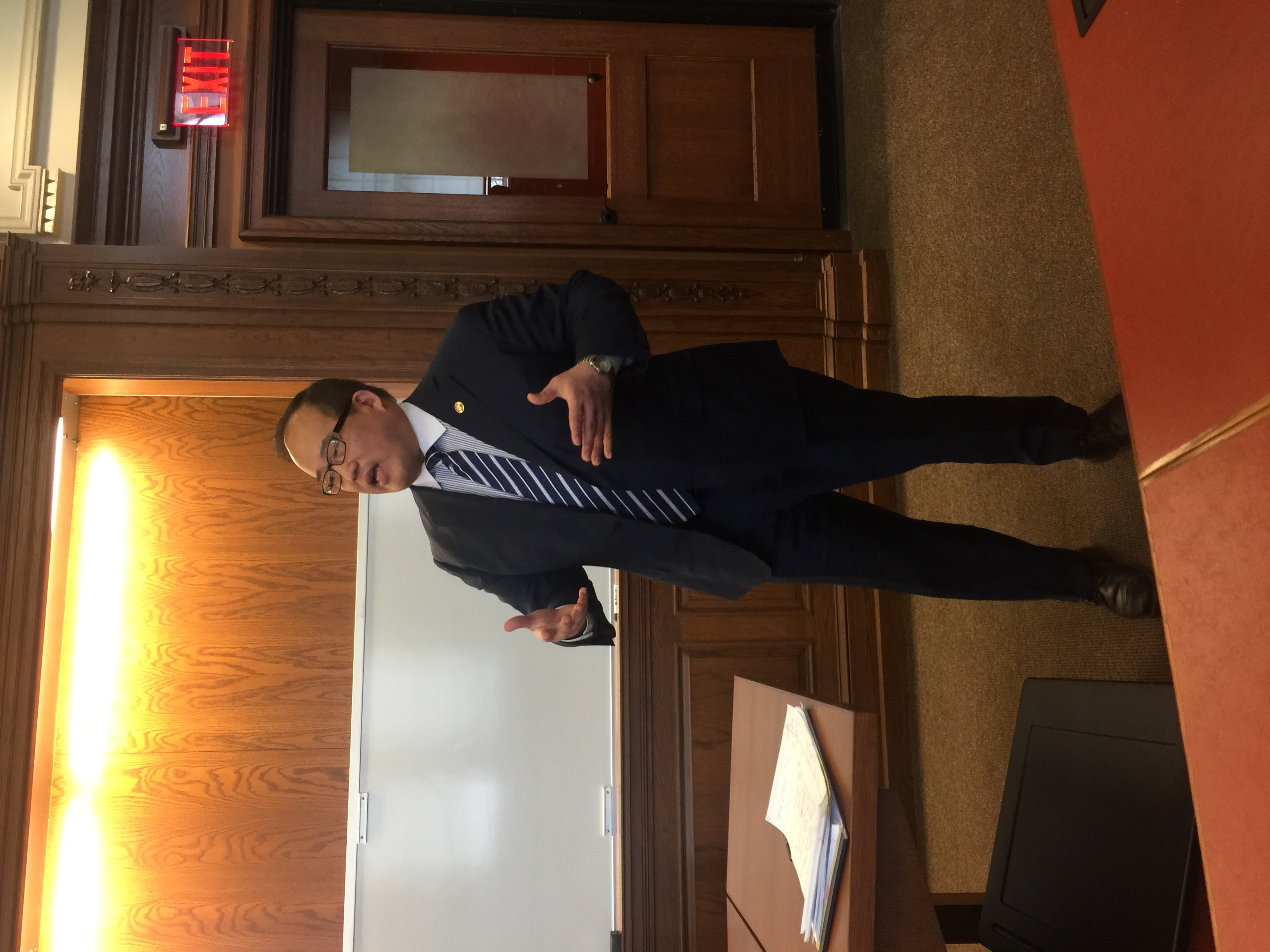 Councilman Oh started the conversation by describing his background in the military, District Attorney’s Office, and his public interest work with community legal aid. He detailed how these experiences shaped his desire to be a Councilman and influenced his outlook on that position. He explained that as an At-Large Councilman, he looks at jobs, public education, crime, and quality of life for the city as a whole rather than for a given area of the city and that his specific mission is to present solutions to the city from an international perspective. Councilman Oh posed the question- “how can we make our city a more global city?” Oh argued that Philadelphia residents cannot realize their whole potential based on what’s located around Philadelphia alone- if we don’t bring international opportunities to the city many may not want to stay in the city and those who don’t want to leave the city may live their lives half fulfilled. Oh said, “it’s important for me to look at the city and say, how can we look at our population, how can we create opportunities for success and happiness in the city?” Oh believes that this message resonated with local residents when put in terms of shipping and trade and the visible impact of sudden job loss that comes when manufacturing jobs shift to other American cities or across the world.

In 2011 when Oh was elected there was no international office, and in Philadelphia there were poor records of conversations with other world leaders which meant Philadelphia would lose the continuity of global opportunities with each new mayor. Since being elected, Councilman Oh relayed his work to establish international opportunities for the city, maintain existing hubs like consulates in the city and develop international ties through outreach. For Oh, it is important to have bilingual staff members so he can be in communicate with key individuals in countries around the world

Councilman Oh explained how he developed this international focus. He spoke about taking part of international trade missions on behalf of Pennsylvania before he was a councilman to countries like Korea. He emphasized that when working internationally, minute details can become important. For example, there was a significant debate over whether the governor of PA, Tom Ridge, would be picked up in a Mercedes Benz or a Korean-made car during one international trip. He also described the political dynamics of an international trip with a republican governor that was perceived as politically at odds with Bill Clinton. He spoke of dealing with international individuals during his time in legal aid and told stories about working with folks who did not fully grasp American laws and culture. To illustrate how these cultural differences can affect public policy and law generally, Oh compared Korean deal-making which might take several days of social interaction and later contract flexibility with American contracts that are strictly construed. From Oh’s perspective, it is critical to understand these cultural differences if Philadelphia wishes to do business and bring opportunities to the city from emerging markets.

Oh explained that democratic concerns can be a wrinkle when dealing with international issues because some local people view immigration and foreign individuals as a problem rather than as a potential benefit for the city. Without the support of constituents, it is difficult to implement certain policies – like imitating best practices from other countries. Oh explained how a lot of his job is education and getting citizens to realize the importance of looking out to the world to bring money and jobs to Philadelphia. Ultimately, Oh concluded that “when dealing with international opportunities I look at how many dollars can I put in people’s pockets that don’t have dollars, that don’t have opportunities in Philadelphia?”

Councilman Oh’s presentation on February 12th was both informative and interesting.  While at first glance it may seem like international affairs have little impact on local government, it is clear that is not always the case. Councilman Oh is an advocate for increasing Philadelphia’s interactions with international businesses and governments in an effort to improve the city’s economy and business dealings. However, many citizens feel that working closely with international businesses, while stimulating the city’s economy, is taking jobs from Philadelphia citizens and sending them overseas. Understandably, this leaves people feeling uneasy and unwilling to accept the government’s moves to increase international outreach at the local level.

While Councilman Oh’s claim that sometimes the citizens don’t quite understand what is best for them is valid, it is tricky to navigate who should decide what is best for the people if not themselves.  In many ways, the people do decide by electing their leaders. If the citizens of Philadelphia feel that an elected official is ignoring the needs of the city in favor of international relations, they will simply fail to re-elect him when the time comes.  However, the question arises as to whether his efforts at building international relationships for the city falls into the purview of the job the people elected him for – Councilman. Most people vote for local officials based on very local issues that affect their everyday lives like education for their children and taxes. It is unclear how a candidate’s propensity for entering into international relationships would be considered by voters in a city council election.

Ultimately, Councilman Oh’s ambitious international plan is a welcome sign of progress in Philadelphia and an example of an elected representative taking the initiative to improve his city.  While the people may have legitimate concerns, they elected him and trusted that he would use his best judgment in their favor, which he has certainly done in bringing international business and economic growth to Philadelphia.