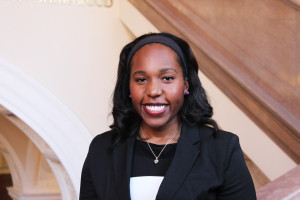 Miriam Archibong is a third year law school student at the University of Pennsylvania. During her time at Penn, she has served as a voting member of the University Council, Vice Chair of Communications for the Graduate and Professional Student Assembly, and a graduate associate at the Du Bois College House. Miriam has also served as a White House intern for both the White House Council on Environmental Quality and the White House Office of Public Engagement. Through both experiences Miriam helped support the development and implementation of various national policies and initiative. Prior to Penn, Miriam graduated from Spelman College and Harvard’s Graduate School of Education. Miriam also studied the education policy changes of Singapore while serving as a Fulbright research fellow. Prior to Singapore, Miriam served as a Teach For America corps member in Atlanta, Georgia, where she taught high school social studies. Following graduation Miriam will be clerking in the Eastern District of Virginia, for the Honorable Raymond Jackson. 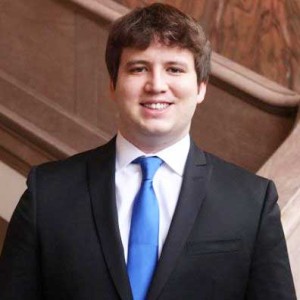 Jon Kaplan is the Managing Editor for the Journal of Law and Public Affairs. A member of the class of 2016, Jon is originally from Hamden, CT. Jon first decided to help create the Journal after a conversation with Editor in Chief, Miriam Archibong, about the need for a public policy journal at Penn Law that could be practically useful and accessible for policy makers. Jon is particularly interested in education, labor, and employment policy due to his work as a teacher in the Teach For America Corps and his Industrial Labor Relations degree. In his spare time, Jon enjoys litigating fake cases around the country with Penn Law’s Mock Trial Team. Jon began this pursuit in the 5th grade when he participated in a mock trial of Snow White vs. the Evil Queen. After graduation, Jon will join the New York office of Simpson Thacher & Bartlett in the firm’s litigation department.

Dori, a third year law student and one of the Journal’s founding members, is JLPA’s Senior Executive Editor. She grew up in northern New Jersey and has lived in Philadelphia (which she loves with all her heart) since 2008. Dori’s primary research interest is health care, and she is especially interested in public policy that addresses health disparities, barriers to accessing care, and social determinants of health. Dori hopes to pursue a career as a public interest lawyer. Dori studied journalism as an undergraduate and has previously worked as a freelance food writer. 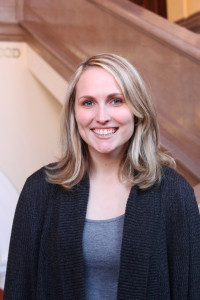 Ciara Copell is a 2L at Penn Law and serves as an Executive Editor on the Journal of Law & Public Affairs. She received her BA in Journalism and Political Science from Rutgers University and earned an MA in Politics & Education from Columbia University, where her interest in public policy blossomed. Ciara is from Hasbrouck Heights, New Jersey and spends most of her time outside the law school hanging out with her husky mix, Achilles.

James Hwang is an executive editor of the Journal of Law & Public Affairs. His hometown is Atlanta, Georgia. James joined the Journal after participating in public policy work in college. After graduation, James will be going to a law firm.

William Lee (Will) is a second year law student at the University of Pennsylvania Law School. He is a Camden, New Jersey native and received his Bachelor of Arts degree from Morehouse College. Will currently serves as an Executive Editor for the Journal of Law and Public Affairs (JLPA). He joined JLPA because he was interested in helping to shape a nonpartisan medium at the law school to foster meaningful dialogue on solutions to public policy issues. Prior to coming to law school, Will worked for two years with a nonprofit, faith based community organizing consortium on public health organizing and as a Program Specialist with the United States Department of Agriculture. Following law school, Will plans to begin his legal career with Wilson Sonsini Goodrich & Rosati LLP in their Wilmington, DE office. Brent Cohen is an articles editor for JLPA.  He is a 3rd year JD/MBA from Philadelphia, PA, and plans to work in private equity or investment management upon graduation.   He joined JLPA because of a life-long interest in public policy; and hopes to one day run for (and win) public office.

Kaiya Arroyo is one of the Online Editors for the Journal. Kaiya is a third-year law student from Raliegh, North Carolina. She first developed an interest in public policy while working with READ Alabama!, a volunteer program through the University of Alabama that helped bring at-risk elementary school students to their appropriate reading level. Kaiya joined JLPA because of its unique focus on a dynamic interaction between scholarly work and community action. After law school, Kaiya will join David Polk & Wardwell, LLP in New York City. Kaiya graduated from the University of Alabama with degrees in Business Management, Spanish, and Philosophy. Outside of school, Kaiya rolls with the tide. 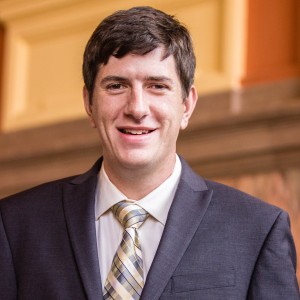 Stefan Giudici graduated Stony Brook University in 2012 after studying Business and 20th Century European History. During and following undergrad, he developed websites for clients ranging from small businesses to international corporations. Stefan looks forward to applying this experience towards maintaining and growing Penn’s first online-only journal. Stefan will be joining Sidley Austin’s New York office as a Summer Associate in 2016. 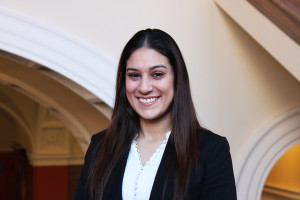 Nancy Zambrana is a 2L at Penn Law and currently serving as JLPA’s Comments Editor. She was born in Cairo, Egypt and grew up in Astoria, Queens in New York. Her interest in public policy stems from the use of policymaking and administrative advocacy to effectuate legal and social change. She is currently the Direct Services Coordinator for the Penn Law Students for Reproductive Justice and is an avid human and women’s rights advocate. Post-graduation, Nancy plans to pursue private practice and hopes to incorporate her passion for racial and gender equality into her work. Next summer, she looks forward to working at Paul Hastings in New York City. Outside of academia, Nancy enjoys kickboxing, hiking, and traveling. 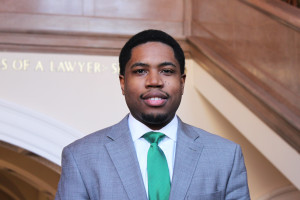 Marlon Amprey is the Symposium Editor for the Journal of Law & Public Affairs. Marlon is a third-year law student from Baltimore, MD by way of Oklahoma. Marlon has a defined interest in improving the outcomes for the in low-income urban areas that he served as a teacher before coming to law school. Marlon joined JLPA because of the journal’s unique mission of directly improving public policy with more digestible articles that can have an immediate impact on the communities he cares about. Marlon is excited about this year’s symposium that asks “Is Government Broken,” as it looks to create a dialogue on how to improve the efficacy of government. After law school Marlon will be joining a large law firm back in Baltimore, MD. Marlon hopes to utilize his legal skills to forge fruitful partnerships between the public and private sectors to create more innovative opportunities for low-income communities. When not engaged with the law or public policy, Marlon is an avid vinyl music collector and enjoys all things Maryland Sports. 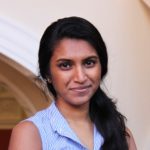 Shilpa Soundararajan is the Research Editor on the Journal of Law and Public Affairs. She is a current 2L at the University of Pennsylvania Law School and graduate of Temple University. Her interest in public policy stems from her prior professional experience for the City of Philadelphia, the School District of Philadelphia, and the Department of Labor. After graduation, she plans to work in New York City.