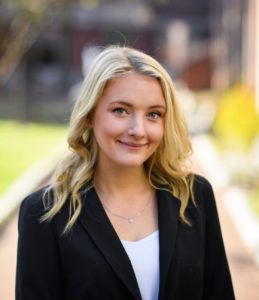 e Editor-in-Chief of the University of Pennsylvania Journal of Law & Public Affairs, Volume 4. Amanda graduated cum laude from the University of Maryland in 2016 with a double-major in Government & Politics and Psychology. During her time at Penn Law, Amanda has served on the boards of Moot Court, the Penn Law Women’s Association, and the Equal Justice Foundation. She also volunteers with the Pennsylvania Innocence Project, has served as a Morris Fellow, and was an Associate Editor for the University of Pennsylvania Journal of Business Law. During her second-year at Penn Law, Amanda clerked for the Senate Judiciary Committee. After graduation, Amanda will be working in litigation in New York City.

Mary Lester is the Man 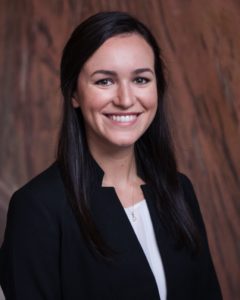 aging Editor of the University of Pennsylvania Journal of Law & Public Affairs, Volume 4.  During her time at Penn Law, Mary has served on the board of the Penn Law Women’s Association, as a student fellow for the Global Women’s Leadership Project, an Associate Editor for the University of Pennsylvania Journal of International Law, a Women’s Law Project extern, and volunteered with the Environmental Law Project.  Prior to law school, Mary received her B.A. in Marine Affairs and Policy from the University of Miami in Miami, FL, where she also worked as a Naturalist for the Marjory Stoneman Douglas Biscayne Nature Center. 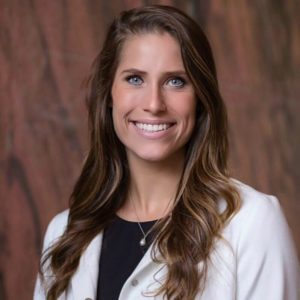 Alessandra Mungioli is a third year law student at the University of Pennsylvania Law School and serves as the Senior Executive Editor of the Journal of Law and Public Affairs, as well as the Production Editor of the Journal of Business Law.  Born and raised in nearby southern New Jersey, Alessandra attended Bishop Eustace Preparatory School before playing Division I soccer for Drexel University.  In 2014, Alessandra graduated early from Drexel University, Pennoni Honors College with her B.S. in Criminal Justice, summa cum laude, and a minor in Psychology.  Immediately after graduation, Alessandra began working as a victim and witness advocate at the Philadelphia District Attorney’s Office.  During her time at Penn Law, Alessandra created a new Pro Bono partnership with the Camden County Prosecutor’s Office, was a judicial intern for both the Honorable Gerald J. Pappert and the Honorable Michael M. Baylson of the United States District Court for the Eastern District of Pennsylvania, is a member of Penn Law for Philly, and is a Morris Fellow.  Alessandra will clerk for the Honorable Michael M. Baylson in 2021

per is from Marietta, GA currently serving as an Executive Editor of the Journal of Law and Public Affairs. She is a third-year, dual-degree student studying for both her J.D. and M.S. in Social Policy. She also received her Bachelor’s Degree in Communications from the University of Pennsylvania in May 2014. Prior to law school, Gabrielle worked as the assistant to the US CEO at Edelman Public Relations. At Penn, Gabrielle also currently serves as an Articles Editor for the Journal of Constitutional Law, and is a Morris Fellow. Gabrielle is an avid sports fan and lifelong athlete. She is a retired member of Penn’s Women’s Track and Field team and appears multiple times on Penn’s top ten all-time list. She is also a devoted Duke basketball fan. 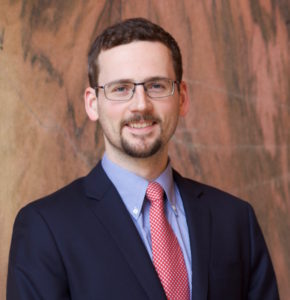 George Rae-Grant is an Executive Editor of the Journal of Law & Public Affairs, Volume 4. George graduated with a B.A. in English from Princeton where he was a varsity member of the swim team. Between college and law school, George worked as a legal assistant for a law firm in New York, and coached for a swim club in Cleveland. George is a Senior Editor of the Journal of Constitutional Law and will be working for Jones Day in Cleveland after his 2L year. Carmina Spencer is an incoming 3L at the University of Pennsylvania Law School and serves as an Executive Editor on the Journal of Law and Public Affairs. While at Penn Law, Carmina has been involved as an Associate Editor on the Journal of Constitutional Law, Morris Fellow, member of the Military Assistance Project, Research Fellow for the Youth Advocacy Project, and member of the Penn Law Bowling League. Carmina attended Lafayette College, graduating cum laude with degrees in English, Government & Law, and Spanish.  She worked as a judicial intern for both the Third Circuit and the Philadelphia County Court of Common Pleas, and will be working in litigation in New York City upon graduating Penn Law. Courtney Helt is a third-year law student and serves as an Articles Editor for the Journal of Law and Public Affairs, Volume 4. She is also a Senior Editor for the Journal of Constitutional Law and is the Co-Vice President of the Equal Justice Foundation. Born in Hanover, Pennsylvania, Courtney earned her English degree from Dickinson College in Carlisle, Pennsylvania. Courtney spent her 2L summer at Hogan Lovells in Washington, D.C. After graduation, she will be clerking for the Honorable Judge John Jones III in the Middle District of Pennsylvania. In her free time, Courtney enjoys baking and spoiling her friends’ dogs. Williams is a third-year law student at the University of Pennsylvania and serves as Online Editor for the Journal of Law and Public Affairs. During her time at Penn, she has been involved with several organizations, including serving as a Morris Fellow, an Associate Editor for the Journal of International Law, a member of the 2017 Orientation Committee, the Co-Director of Special Events for the Penn Chapter of the American Constitution Society, and a member of the Black Law Students Association. In the fall of 2018, Ashley will be studying abroad at Waseda Law School in Tokyo, Japan. While at Penn, she is also pursuing a Masters in Political Management at George Washington University.  Prior to Law School, Ashley lived in Washington for over 10 years, where she attended Georgetown University and worked in the Obama-Biden Administration.  Upon graduating from Georgetown University, Ashley interned at the White House in the Office of the Second Lady of the United States, Dr. Jill Biden, and then later served as Senior Assistant to Dr. Biden.  After leaving the White House, Ashley was a Presidential appointee at the U.S. Department of State serving as Special Advisor and Director of Special Projects to the U.S. Ambassador-at-Large for Global Women’s Issues. Upon graduation, Ashley plans to return to Washington.

Mel Kim is currently at 2L at the University of Pennsylvania Law School and serves as the Comments Editors of the Journal of Law & Public Affairs, Volume 4. Mel graduated from Monash University, Australia with her LL.B. and was admitted to practice law in Australia at the age of 25. She chose to continue her legal studies by pursuing a J.D./LL.M. at Penn Law. During her time at Penn, Mel has served as a student fellow at the Center for Technology, Innovation and Competition, a student representative at Penn Intellectual Property Group, and as the senior editor at the Asian Law Review as well as holding memberships at Penn Law Women’s Association and Asia Pacific American Law Students Association. She regularly volunteers at the Criminal Record Expungement Project by taking intakes and drafting petitions to help to improve the lives of low-income individuals who are affected by the Pennsylvania criminal justice system. Mel will be spending her 2L summer at a law firm in New York.

Brendan Walden is the Symposium Editor of the Journal of Law & Public Affairs, Volume 4. Brendan was born in New York, raised in Northern New Jersey, and graduated from Rutgers College in New Brunswick, NJ with a B.A. in Psychology in 2010. A year later, Brendan enlisted in the United States Coast Guard, serving most of five years as an Operations Specialist in the Joint Harbor Operations Center in San Diego, California. While at Penn, Brendan has interned with the New Jersey Office of the Attorney General as well as the Defender Association of Philadelphia through the Criminal Defense Clinic. After interning at Milbank, Tweed, Hadley & McCloy LLP in New York this summer, Brendan plans to take over as the Director of Penn’s Street Law pro bono project, win a Penn Law Flag Football championship, and lead JLPA’s annual symposium on the War on Drugs. Kelly is a third year law student from Greenville, South Carolina. At Penn, she serves as a senior editor on The Regulatory Review and has also served on the board of the Penn Law Women’s Association. Before law school, she majored in Operations Research and Financial Engineering at Princeton University and worked for three years in economic and health policy at American Enterprise Institute in D.C. After graduation, she will return to D.C. to work in litigation. Her hobbies include long-distance running, painting, and playing violin.